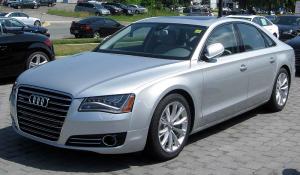 A recent survey of manufacturers and traders has revealed an increase in the amount of ‘affordable premium’ cars to the fleet and business sectors, according to the Financial Times.

The survey, conducted by the Society of Motor Manufacturers and Traders, showed that around 1.4 million ‘affordable premium cars’ were sold in the UK last year. This marks a 9.8 per cent increase from the previous year.

Sales to the fleet and business sectors were up 9.7 per cent for Audi, 14.5 per cent for Honda, 22.9 per cent for Mercedes-Benz and 37 per cent for BMW. The latter sold 65,512 ‘affordable premium’ vehicles to the corporate market in the first nine months of 2015 alone.

If you’re thinking of taking on more ‘affordable premium’ models in your showroom, be sure that you have the correct levels of insurance to cover your new stock and to provide test drives. So in addition to your general motor trade insurance, you should also consider good demonstration insurance too.

Stewart Whyte, who runs Fleet Audits and has worked in the business since 1983, said: “The nature of fleet management as a business tasked with running vehicles has changed considerably.

“Typically, fleets were run by people with grease under their fingernails, but now they are often taken care of by human resources departments, because the vehicle is seen more and more as part of the gross remuneration package — and that has led to significant growth in the affordable premium sector, particularly for cars such as Audi’s A6 and A8, BMW’s 5 series and the Mercedes-Benz E class.”