Brexit: Car industry ‘must be at heart’ of negotiations 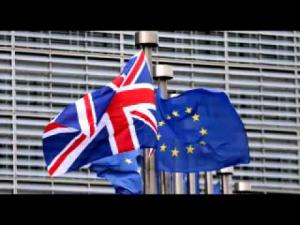 Britain’s “on a roll” carmakers are warning that the UK’s exit from the European Union poses the “biggest threat in a generation” to the £72 billion a year industry and they must be put “at the heart” of negotiations.

As Britain formally invoked Article 50 – which sets in motion our departure from the EU – the Society of Motor Manufacturers and Traders (SMMT) is warning of the risks of failing to secure a tariff-free deal for the UK’s automotive sector.

The body, which represents UK carmakers, outlined the scale of the UK’s car sector and its close links to the EU.

It employs more than 800,000 people across the country, including manufacturers, suppliers, retailers and the aftermarket, collectively contributing £18.9 billion to the economy.

And its biggest market, by some distance, is Europe. Total automotive trade with the EU is worth more than £42 billion, nearly seven times the value of the UK’s next biggest trade partner, the US.

The SMMT is warning that the UK automotive sector’s “deeply integrated” position in the European car industry is at risk.

If no deal is agreed by the time the two-year Brexit negotiations are up, World Trade Organisation (WTO) rules would be adopted – a situation the SMMT says would be the “worst foreseeable” outcome for the UK car industry.

“The industry is on a roll, with 2016 the best year ever for new car registrations, car production at a 17-year high with record exports and the EU’s highest productivity levels,” the SMMT said.

“Much of this success is due to our global competitiveness, a competitiveness drawn from economic and political stability, investment, a highly skilled workforce and beneficial trading conditions with our biggest market.”

Mike Hawes, SMMT chief executive, said: “Triggering Article 50 has started a race against time to secure a deal that safeguards the future of the UK automotive industry.

“Government has committed to creating and supporting the right conditions for our industry to be successful. That means certainty in our relationship with our biggest market, tariff-free and open borders so products, parts and investment can flow freely, and continued influence over the regulation that governs the vehicles we build and drive.

“We will continue to work with government and our European counterparts but no deal is not an option. Now is the time for government to deliver.”