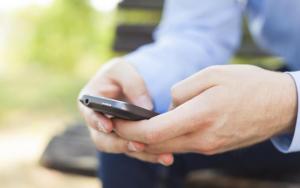 The Information Commissioner’s Office (ISO) has fined a used car retailer £40,000 after the firm sent hundreds of thousands of unsolicited marketing text messages.

The ICO originally launched an investigation into the texts sent by Concept Car Credit Limited between April 2015 and March 2016 after it received 66 complaints from consumers. According to the organisation, the car dealer, based in Stoneclough Road in Radcliffe, sent around 336,000 unsolicited text messages over an 18 month period.

The messages sent included: “Urgent your approval 4 car finance expires today up to 200 cashback no deposit open until 8pm! Call 01204446400 or visitconceptcarcredit.co.uk OPT OUT; STOP.”

Another message read: “URGENT..Finance deals approved 4 you to drive your new car away today, no deposit and 100 cash back.CALL NOW 01204466400 or conceptcarcredit.co.uk OPT OUT:STOP.”

Sending unsolicited marketing text messages is against the law and avoided by reputable car dealerships. However, in case you do require legal support it’s important that you have the right level of available to ensure you’re always covered.

While good quality motor trade insurance is essential to cover your vehicles and premises, you need to limit the risks faced by your business by avoiding engagement in this type of activity.

According to the company, it had obtained the data it used via third party organisations. However, ISO stated that it was Concept Car Credit Limited’s responsibility to ensure it was only texting consumers who had consented to receive marketing messages.

Commenting on the case, Steve Eckersley, ICO Head of Enforcement, said: “The mass sending of over 300,000 marketing text messages without following the rules is simply not on.”

He added: “We have published clear guidance on how to comply with the law and have a helpline which gives businesses further advice. There’s no excuse for getting it wrong and intruding into people’s everyday lives with spam texts.”

Alongside the fine, the ICO also issued the company an enforcement notice ordering the firm not to send unlawful text messages in the future. Additionally, the firm has been informed that it could face court action if it does not comply with the notice.