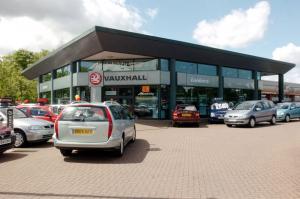 Car dealership group Lookers has announced a profits rise for the first quarter of the year, with positive results seen in the plate-change month of March.

During the first three months of the year, the car dealer saw its total gross profit from new car sales jump by 23 per cent — five per cent if taken on a like-for-like basis. Furthermore, the margins sales of new retail cars and fleet vehicles remained steady compared to the previous year’s results.

With new business continuing to grow year-on-year, UK car dealers may be thinking of adding more stock to their showrooms. If so, it's important that they remember to regularly update their motor trade insurance and road risks insurance to ensure that their changing quotas are always completely covered.

As for used car sales, the gross profits were also up 23 per cent compared to the previous year’s figures — equating to a seven per cent rise on a like-for-like basis. What’s more, the volumes of used vehicles sold by the group also increased. According to the company this was because of the additional leads generated by its recently revamped website.

Aftersales also performed strongly for the group, resulting in a 25 per cent jump compared to the results recorded in the previous year. This equated to a seven per cent rise on a like-for-like basis.

A company statement said: “The financial performance of the group in the three month period builds on what was already a strong comparative in the previous year.

“We, therefore, believe that the results for 2016 should be in line with current market expectations, which will represent a significant increase over our 2015 performance.”