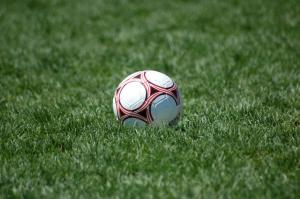 A semi-professional footballer in Wales, whose day job is as a sales manager at a car dealership, has been named as Europe's top goal scorer.

Chris Venables, 29, plays for Aberystwyth Town in the Welsh Premier League and in 2014 he scored 39 times, which is one goal more than Real Madrid's Cristiano Ronaldo and four more than Barcelona star Lionel Messi. The midfielder could now be set to abandon car sales and his road risks insurance policy as he might be about to swap the showroom floor for the glittering lights of the big leagues.

Venables, no relation to former England manager Terry, scored more goals than any other footballer in a recognised football league across Europe, the South Wales Evening Post reported.

Marc Lloyd Williams, who is currently the Welsh Premier League's all-time top scorer with 319 goals, compared Venables to the Portuguese captain Ronaldo, who recently picked up the Ballon D’Or award for the world’s best footballer.

He said: "What Chris has done over the past 12 to 18 months has been phenomenal. It's one achievement that he'll never forget in his lifetime. He's one of the all-time best in the league.

"Like Ronaldo, Venables are both deadly off set-pieces, free-kicks, anything in and around the penalty area. Scoring goals is something you can't take away from the player. I don't think it can be coached, you've either got it or you haven't."

English teams are now purportedly sniffing around the prolific goal scorer, who has already netted 23 times in his side’s title chase.