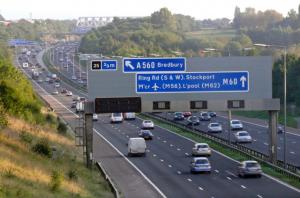 Tailgating and speeding on motorways is rife in the UK, according to new research.

In a survey by Brake, 57 per cent of motorists admitted to driving too close to the vehicle in front of them, while fractionally more (60 per cent) said they regularly break the speed limit by 10mph or more. As a consequence, many respondents also revealed that they are worried about their safety while on British motorways because of the more dangerous habits of the drivers around them.

For any motor trade company that has to transport vehicles large distances, using motorways is part of everyday practice. Even if they are running a one-person outfit, if they have a road risks insurance policy in place then they will be covered to drive other vehicles as part of business operations, which could prove even more valuable should they be using more hazardous motorways.

Indeed, Brake said that motorways are laden with risks as a result of speeding and tailgating, the combination of which means drivers are leaving themselves far too little time to react in an emergency. At 80mph, stopping distances are 27 per cent longer than at 70mph (122 metres compared to 96 metres); research shows reducing the average speed on a road by just one mph is likely to reduce the frequency of crashes by five per cent.

Julie Townsend, deputy chief executive of Brake, commented on the findings: "Almost all drivers are concerned about the danger posed by other people tailgating on motorways and yet a shockingly high proportion admit driving too close and speeding themselves. There are no two ways about it: ignore the two-second rule or the speed limit on motorways and you're putting yourself and others at risk of a horrific crash."