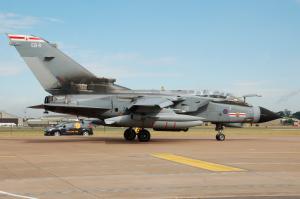 A pair of former RAF engineers have traded plane engines for classic cars, with their new Doncaster-based business already taking off.

Jamie Thomas-O’Brien, 24, and Andrew Proctor, 27, joined the RAF as teenagers but decided last October to set up VC Restorations. Less than a year later and business is reportedly booming, with the pair having restored more than 60 classic cars to their former glory for a customer base of motoring enthusiasts.

One of the many considerations the duo will have had to make in their radical career switch was obtaining the necessary road risks insurance quotes required as a mechanic. This insurance will enable the engineers to drive the cars they are restoring, which is going to be fundamental if they are to be able to test the vehicles and ensure they are running smoothly.

As senior technicians in the RAF's 5001 Squadron, the men served in Kandahar, Afghanistan, the Falklands Islands, Germany and Gibraltar, where they would service Harriers and Tornado aircraft and fix military motors, such as Warrior armoured track vehicles. But since trading a military uniform for mechanic's overalls, the pair have managed to combine their engineering skills with their love of classic cars.

Mr Thomas-O’Brien said: “Neither of us have any regrets. It was a bit slow at first, but now its really starting to take off.”

Mr Proctor added: “When you see the transformation from when the vehicles come in all rusty compared with how they look at the end it makes it all worth while.”