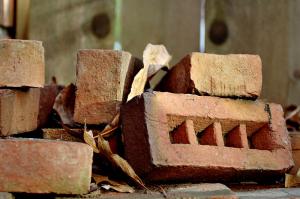 A car dealership in Sunderland is counting the costs of repairs after part of its building collapsed this week.

Firefighters were called out to the Snippersgate Car Centre in South Hetton Road, Easington Lane on Monday (12 May) after part of the wall of its garage building collapsed. The business sells used cars as well as providing repairs, MOTs and servicing.

Incidents such as this highlight the need for combined motor trade insurance if you are a trader running a full-time business operating out of a proper business premises. Not only will this cover theft and damage to vehicles or tools owned by the company, but it will also combine other aspects of insurance, such as building protection, so events like this do not incur heavy costs.

The Sunderland Echo reported that fire crews from Rainton Bridge and North Moor stations as well as specialist crews from Fulwell and Hebburn all attended the scene. The collapse of the wall triggered fears of people being injured or trapped but luckily no one was hurt in the incident, nor were any of the nearby vehicles damaged when the garage workshop's wall came down.

Andy Trafford, watch manager at Rainton Bridge, commented: “When the call initially came in we thought it might have been an explosion.

“But when we got there we saw that part of the front of the garage had completely collapsed. It’s very fortunate that there was no-one in the building at the time, because it would have been a different story if there were.”