New Criminal Records Checks for Taxi Drivers – What Does it Mean For You? 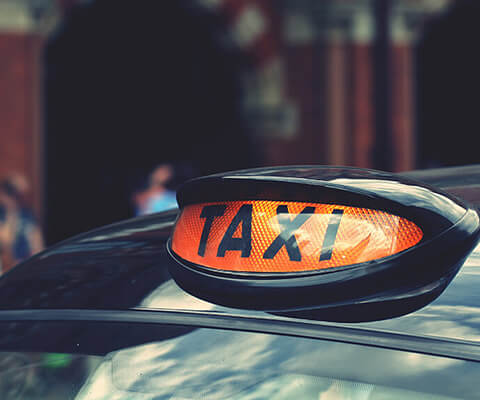 The Government is considering bringing in tighter security checks for taxi and private hire cab drivers around the country. The move is intended to help protect vulnerable passengers and keep those using taxis and minicabs safe, but what impact will it have on you as a taxi driver?

The Department for Transport (DfT) has launched a consultation, running until 22 April, to discuss plans to recommend that all local authorities in the UK should require taxi drivers to pass enhanced security checks. If implemented, drivers may have to pass a taxi DBS (Disclosure and Barring Service) check in order to operate as a taxi driver.

The move is intended to help protect women and children from abuse and attack by taxi drivers and would include requiring a DBS check for private hire taxis, as well as for black cab licenses.

As part of the consultation, the government will talk to taxi drivers about the impact the move would have on them and decide whether the new requirements would be effective in preventing attacks.

What is a DBS check?

DBS checks are not passed or failed, they simply reveal an individual’s criminal past.

To get a quote for single taxi insurance or taxi fleet insurance, get in touch with ChoiceQuote for competitive deals and comprehensive cover.

What would the changes to DBS checks for taxi drivers entail?

The Department for Transport is looking into the possibility of recommending taxi DBS checks, DBS checks for private hire taxis and DBS checks for London taxi drivers. If the changes come into place, the government will state that drivers should have their criminal history checked before being granted their licence.

Under the DfT’s plans, if taxi drivers are found to have committed certain crimes, they will be banned from driving a taxi for life, while other crimes will carry 5-10 year suspensions.

What other security measures is the government considering?

The DfT’s consultation is also looking at whether new recommendations should be brought in to fit CCTVs into minicabs and taxis to provide further security for passengers. The move would mean that the footage is recorded, but can only be accessed if a passenger reports a crime.

In addition to this, the DfT is consulting on whether to introduce new rules preventing taxi drivers from operating hundreds of miles away from where they are licensed so that they can be tracked and monitored more easily.

Why are the changes to taxi DBS checks deemed necessary?

The minister for taxis, Nusrat Ghani, said: “While the vast majority of drivers are safe and act responsibly, we have seen too many cases where taxi and minicab drivers have used their job to prey on vulnerable people, women and children.

He added: “These rules would make sure that drivers are fit to carry passengers, keeping people safe while stopping those with bad intentions from getting behind the wheel of a taxi or minicab.”

Although attacks by taxi drivers are rare, they are enough to prevent some people from feeling safe and secure when using a taxi and this is something the government is keen to put right. But the problem really is rare – and this is why some taxi drivers aren’t happy with the proposals. For example: in 2017, seven taxi drivers were prosecuted for sexual offences in the capital and over the same year, there were 137,000 taxi and private hire licence holders in the capital.

Further, the increased regulation is seen as costly and potentially not necessary to a legitimate industry, when unlicensed drivers are perceived to be operating without the necessary checks and insurance that licensed taxi drivers are.

What would the extra checks mean for taxi drivers?

In reality, stronger recommendations made by the government to local authorities might not actually change that much for those operating as minicab drivers or taxi drivers. According to figures from 2017, 85 per cent of local authorities already require prospective taxi and minicab drivers to undergo DBS checks and also check if the drivers have been prevented from working with vulnerable people.

All of the remaining 15 per cent of local authorities do require criminal record checks but don’t check whether the drivers have been prevented from working with the vulnerable people. Also anyone hoping to drive with Uber is already required to undergo an enhanced DBS check before they are granted an Uber licence.

So, the changes requiring DBS checks may have very little impact on drivers in the end. However, only 4 per cent of local authorities currently require CCTV in taxi. Therefore, if this became a requirement, it could represent a significant extra cost for drivers.

Ultimately though, the changes – if they come into play – shouldn’t require too much more from taxi drivers, the vast majority of whom are happy to obtain DBS checks and taxi insurance, for example.

Part of being a responsible taxi driver is taking out the right level of taxi insurance. Here at ChoiceQuote we can advise you on the type of taxi insurance you need to protect your livelihood and your passengers.