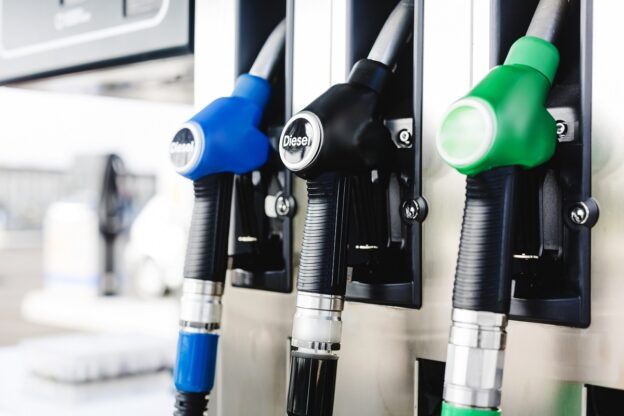 You could be forgiven for thinking that the future of vehicles is electric, and that petrol and diesel-powered cars are already a thing of the past.

Motor traders will know differently. The majority of cars on the road are still conventionally powered by petrol or diesel engines. Battery-powered cars and EVs only account for around 2-3% of overall sales, and, although this is rising fast, it’s still the case that petrol and diesel vehicles are here to stay for the next few years.

So, which ones are best sellers? What are the pros and cons of petrol and diesel cars? And when selling them, which ones typically make you the most money?

In this guide, we’ll talk about the following topics:

Petrol vs diesel cars – which is best to sell?

Diesel cars have dropped in popularity over the last few years. But while they only account for around a quarter of all sales, it wasn’t very long ago that approximately 50% of car sales registered were diesel-powered.

Reasons for this include:

That said, there is still a good market for diesel-powered vehicles.

The advantages of selling diesel cars include:

Petrol cars are commonly available, but diesel vehicles remain popular in cities and for driving over long distances. By the time diesel cars hit the used car market, the better fuel consumption can translate to lower overall cost of ownership for second-hand buyers.

Our advice? Look at the market and assess the types of vehicle for sale. You can then see which ones get snapped up quickest. Of course, this will continually change over time, but certain models will sell well depending on which fuel they take (e.g. Ford Fiesta, Vauxhall Corsa, BMW 3-series).

Resale values of diesel and petrol

In 2019, HPI (a car valuation and history check organisation) researched vehicle depreciation levels. You can see their findings here:

Which is cheaper – diesel or petrol?

A cursory look at the cost of these fuels tells you it is more expensive to fill up with diesel than petrol. But that’s only part of the story.

Therefore, which one is cheaper depends on car usage. For instance, if a driver primarily carries out short, stop-start trips, petrol cars are typically more cost-effective. For longer trips, however, such as motorway driving, diesel cars offer better fuel consumption figures.

We recommend asking your buyer how they intend to use their car, so you can make a call on which fuel is most suitable.

Are diesel cars being phased out, or will there be a ban in the UK?

The government recently announced that it would ban the sale of new cars powered wholly by petrol and diesel by 2030. Many in the industry think this is an ambitious target, but it’s worth noting that it’s not just new diesel car sales that will be banned – it’s petrol cars, too.

The motor trade has not been happy in recent years at what it sees as the ‘demonisation of diesel.’ But there have been no specific plans to target diesel cars to be phased out first, other than arguably the political stance of introducing increased parking or congestion charges in certain cities, for example.

There were 18 million diesel vehicles on the road in 2019, which means it will be years before these cars are retired out of service — giving car sellers and repairers plenty of time to make changes.

Are diesel cars bad for the environment?

There is an argument that modern diesel cars – subject to strict EU emissions standards – are less harmful to the environment than many petrol cars.

The air pollution argument generally applies to older diesel vehicles. Since 2009, all diesel cars have been fitted with particulate filters (DPF), filtering out toxic fumes generated on short journeys.

While it cannot be stated that diesel cars are good for the environment, they are less harmful in some ways than petrol engines. Their improved fuel economy means burning less fuel to travel more miles, thereby contributing less CO2 into the atmosphere.

The flipside, however, is that diesel cars produce more nitrogen oxide, which can cause respiratory conditions and increase allergies through long-term exposure.

Either way, petrol and diesel cars can cause environmental issues through the combustion process, so neither fuel is perfect.

Alternatives to petrol and diesel – pure electric and hybrid cars

Petrol and diesel cars still make up the bulk of sales. They are also the lifeblood of the service and repair industry.

However, electric cars are gaining in popularity, with more models becoming available and existing EVs entering the used car market for the first time.

It is worth preparing for the future today. Read our guide to electric vehicles to see if buying or selling them is a good option for your motor trade business.