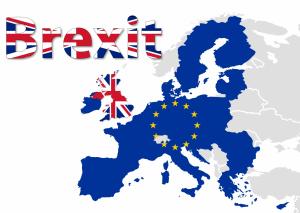 The National Franchised Dealers Association (NFDA) last week hosted a dinner at the House of Commons with the intention to take the opportunity to discuss the prospects for the industry following Brexit.

A number of NFDA member chief executives attended the dinner, as well as MPs and ministers. The conversation was largely about the importance of considering the dealership industry in Brexit negotiations.

The NFDA explained that the “key contribution of the retail motor industry” was the “theme” of the dinner. A statement from the NFDA’s director, Sue Robinson, said: “With over 500,000 people employed in the sector and a combined turnover of £61.3 billion across the top 200 franchised dealers, it is vital that UK retail motor industry is recognised by the government alongside manufacturers in the post Brexit negotiations.”

She said that the dinner was a chance to highlight the fact that the industry employs some 800,000 people in the UK and that the organisation hoped to be involved in and consulted about the negotiation process.

Despite some concerns about the impact of Brexit on the car dealership industry, there is little evidence so far to suggest that the impact of the Brexit vote has had a negative effect. In fact, car sales have been strong in recent months and the outlook continues to be positive for the industry.

In response, some dealers have been investing in new cutting-edge equipment and in additions to their showrooms to try to enhance the customer experience. Some are also stocking higher numbers of cars to try to cash in on the current strong market activity. It’s vital, however, that dealers update their motor trade insurance to cover all the liabilities under their policy.

Following the House of Commons dinner, Robinson added: "This is another good step in the NFDA’s continued engagement with government and parliamentarians." She also took the opportunity to underline the contribution the industry makes to the UK economy each year by pointing out that the top 200 franchised dealers in the UK last year had a combined turnover of an impressive £61.3 billion. Almost half of this turnover was accounted for by the top 11 members of the NFDA, explained Robinson.